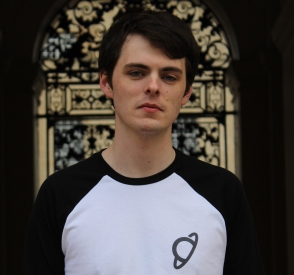 Alex J. O’Connor is founder of the Cosmic Skeptic YouTube channel, podcast and blog, platforms dedicated to the publication of philosophical ideas and debates in an accessible format. He is currently reading for a degree in philosophy and theology at St John’s College, Oxford University, having lived in that city all his life.

Alex is an international public speaker and debater, having delivered addresses in multiple continents at conferences, universities, and local drinking groups, as well as debated ethics, religion, and politics with a number of high-profile opponents before college audiences, on radio talk shows and on national television.

Alex’s online videos have been viewed more than twenty million times, attracting over three hundred thousand people to subscribe to his regular content. He has produced videos with notable experts in respected fields, such as Peter Singer, Lawrence Krauss, and Richard Dawkins.

Alex is an outspoken atheist, vegan, and free speech advocate, regularly discussing these topics on his online platforms. He is an avid reader and book collector, a musician, and spends much of his free time playing poker or snooker and sampling exotic alcoholic beverages. He also, sometimes and rarely, works on his degree.